Alan R. Einhorn, CPA, received the 2012 Arthur J. Dixon Memorial Award, the highest award given by the accounting profession in the area of taxation. The award, bestowed by the AICPA Tax Division, was presented Nov. 6 at the AICPA Fall Tax Division Meeting in Washington, D.C., by Edward S. Karl, CPA, vice president–Taxation for the AICPA. 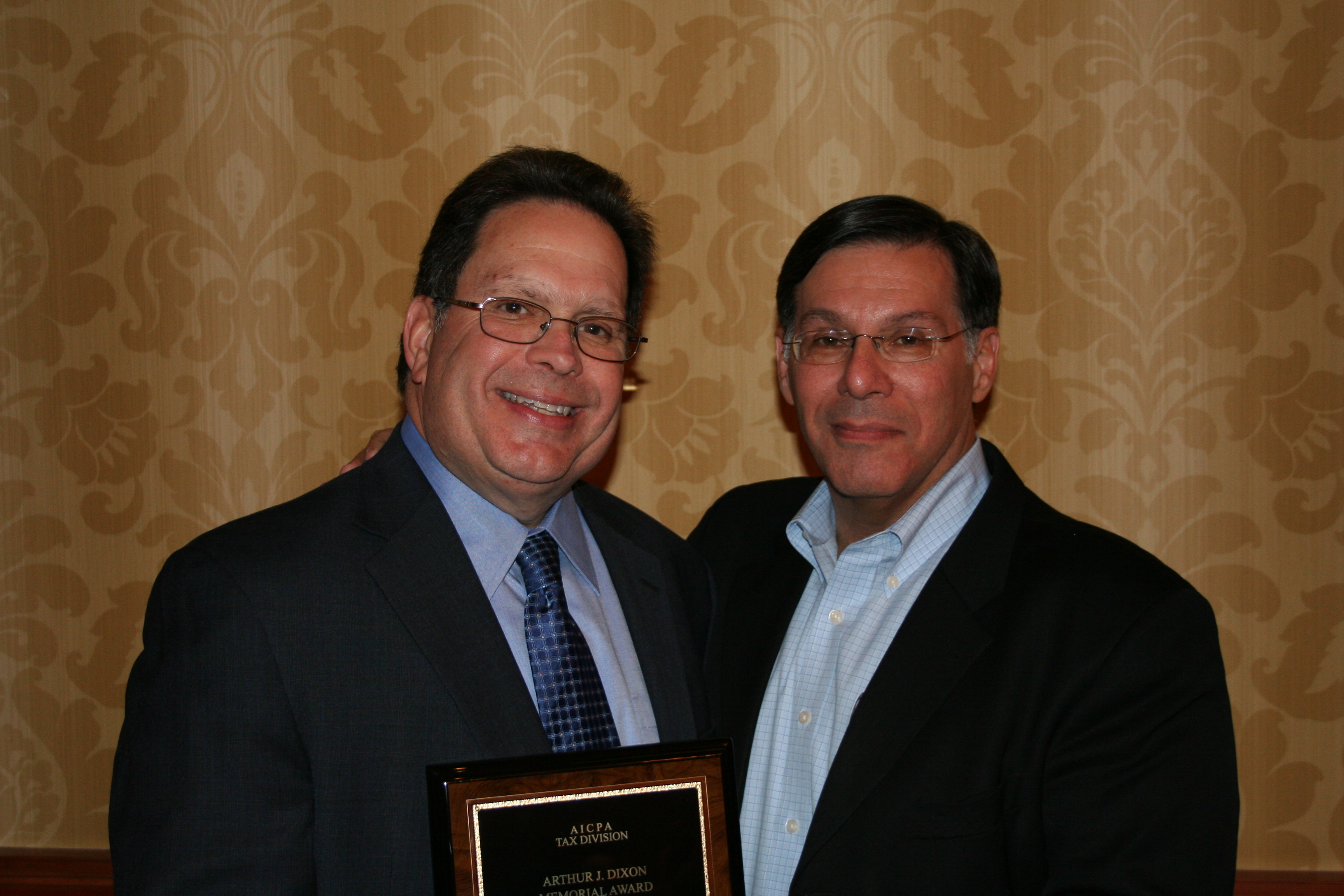 Einhorn is the chief quality officer for Deloitte Tax LLP. He works with the tax practice in a number of areas including ethics and professional standards, taxpayer and preparer responsibilities, and coordination of the firm’s tax quality assurance reviews. He also provides firm guidance in the tax quality assurance area. He frequently represents the firm in many regulatory and legislative tax matters. He currently serves as the vice chairman of the board for Deloitte Tax LLP and is a member of the Deloitte Tax LLP Operating Committee.

Einhorn has been an active volunteer with the Greater Washington Society of CPAs, has served on the IRS Commissioner’s Advisory Group, and is a past recipient of the AICPA Tax Division’s Distinguished Service Award. He received his B.S. in accounting from the University of Maryland and his J.D. from George Washington University.