Upstream C with a drop transactions

An upstream C with a drop is a tax-free upstream Sec. 368(a)(1)(C) reorganization of a subsidiary's assets (an upstream C), followed by a tax-free contribution of some of the subsidiary's assets to a new corporation (a drop). The assets not reincorporated are left in the parent corporation's hands. As a result, the transaction accomplishes a distribution of assets to the parent, which under U.S. federal tax rules may be effected in a tax-free manner only in limited circumstances (e.g., a spinoff qualifying under Sec. 355).

Diagrams 1 through 4 illustrate the steps of an upstream C with a drop transaction. Diagram 1 illustrates the starting point. A parent corporation (P) owns 100% of a subsidiary corporation (S). The subsidiary owns two groups of assets, the A assets and the B assets. 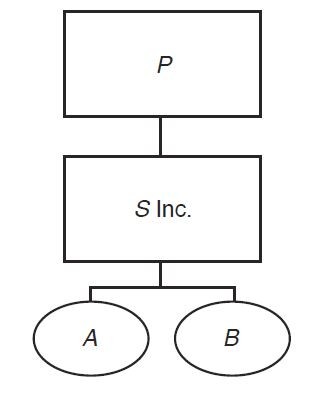 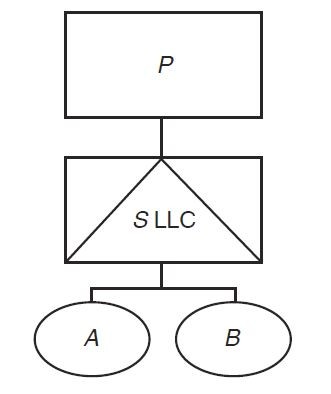 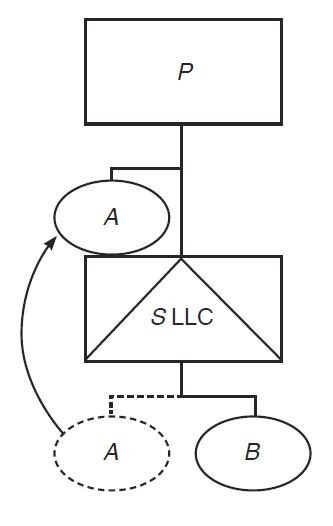 Step 3 is the reincorporation step, illustrated in Diagram 4. In Step 3, the subsidiary reconverts into a corporation or makes a check-the-box election under Regs. Sec. 301.7701-3 to be treated as a corporation for U.S. federal income tax purposes (the reincorporation). This step is intended to be viewed from a federal tax perspective as a transfer of the B assets from the parent to a newly formed subsidiary (a drop). 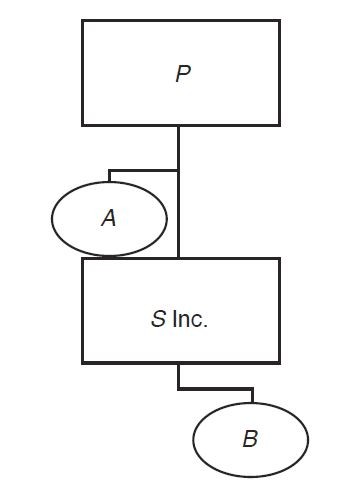 Following Step 3, the transaction appears similar to a Sec. 332 liquidation (assuming the reorganized subsidiary is solvent at the time of the transaction), followed by a Sec. 351 transfer of assets. However, the reincorporation step can prevent qualification under Sec. 332 (seeRev. Rul. 76-429). In situations where Sec. 332 liquidation treatment is desired, the IRS has required representations that any reincorporation would not exceed 30% of the liquidated subsidiary's assets (see, e.g., IRS Letter Ruling 201633014). Reincorporating a sufficient amount of the reorganized subsidiary's assets should render Sec. 332 inapplicable.

If the deemed liquidation is not a Sec. 332 liquidation, it may qualify as a reorganization under Sec. 368(a)(1)(C) for the reasons underlying the IRS's analysis in the previously cited letter rulings. To qualify as a C reorganization, numerous requirements must be met, including the business-purpose, continuity-of-interest, continuity-of-business-enterprise, and "substantially all" requirements (see Regs. Sec. 1.368-2(g) (business purpose), Regs. Sec. 1.368-1(e) (continuity of interest), Regs. Secs. 1.368-1(b) and -1(d) (continuity of business enterprise), and Sec. 368(a)(1)(C) (substantially all)). This discussion does not address these requirements in detail.

Regulations permit the parent, as the acquiring corporation in the upstream C, to contribute assets it has acquired to a subsidiary without adversely affecting the transaction's qualification as a reorganization (Regs. Secs. 1.368-1(d)(4) and -2(k)). Under these regulations, reincorporating the B assets can be viewed as a drop that maintains the transaction's overall qualification as a C. The regulations also generally permit further transfer of either group of assets within a corporate group and, in some cases, to partnerships (seeRegs. Sec. 1.368-2(k)).

The reorganized subsidiary's deemed liquidation and reincorporation should be structured so that, when considered together, they constitute a realization event for federal income tax purposes. As explained by one IRS official during a tax conference appearance, the IRS has declined a ruling request where the only apparent difference between the subsidiary before and after the transaction was the distribution of assets during the transaction. The subsidiary, for example, neither reincorporated in a different state nor modified the legal terms governing its stock. Accordingly, the IRS would not provide the requested ruling.

The IRS statement on Oct. 13, 2017, noted above, signals that private letter rulings on upstream C with a drop transactions have become more difficult to obtain. The statement also indicates that the IRS may make changes to the regulations governing these transactions. Results of the IRS's reconsideration of these transactions, such as changes to regulations or the ruling policy, would be of significant interest to corporate tax practitioners. Any changes generally would be expected to have prospective effect only. Companies should, in any event, be mindful of the IRS's reconsideration of the upstream C with a drop transaction and make sure their transactions have a substantial business purpose.

Mo Bell-Jacobs is a manager, Washington National Tax, for RSM US LLP.

For additional information about this item, contact the author at Stefan.Gottschalk@rsmus.com.

Unless otherwise noted, contributors are members of or associated with RSM US LLP.