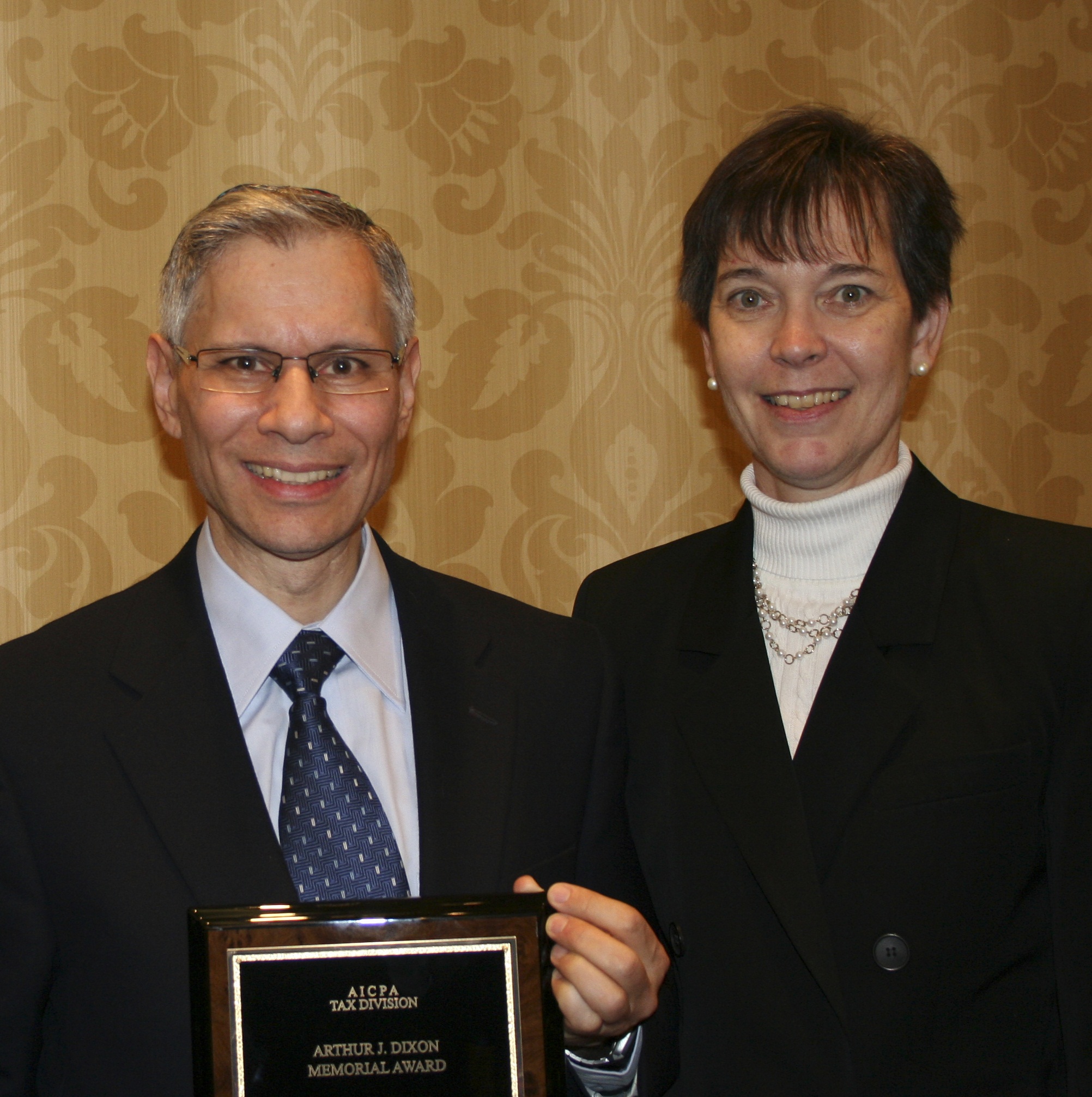 The AICPA’s Tax Executive Committee bestowed the 2011 Arthur J. Dixon Memorial Award on Jay Starkman. David Lifson, a former chair of the committee and previous Dixon award recipient, presented the award at a luncheon in Washington, DC, on November 9.

Starkman is a widely recognized expert on tax simplification and the history of U.S. taxes. His book, The Sex of a Hippopotamus: A Unique History of Taxes and Accounting, has been described by The Wall Street Journal as the “only readable book about taxes.” Starkman began his career in New York with Price Waterhouse and Touche Ross and as the comptroller of a commercial finance company. He then moved to Atlanta to work with Arthur Young. In 1979, he began his own firm in Atlanta from which he still practices.

He has been an active volunteer with the Georgia Society of CPAs, including as the chairman of its Tax Legislation Subcommittee and as a member of a number of its committees. The Georgia House of Representatives issued a special resolution in appreciation of his assistance in simplifying the state’s income tax laws.